Named after the De Grey family who occupied Ruthin Castle for centuries from the 13th century. Reginald De Grey was reputedly the former Sheriff of Nottingham tasked with raising ‘the finest army in the land’ to defeat the followers of Robin Hood in Sherwood Forest. His family controlled the lands around Chester & into Wales for centuries & his descendants included Lady Jane Grey who was Queen of England for just nine days. This is an exclusive & individual suite with draped bedhead, lounge & optional interconnecting second bedroom, with views across the Castle estate & woodland. The Suite is fully finished to above Visit Wales 4 star standard. The master bedroom has adjoining exposed feature bath & separate shower with slate character. 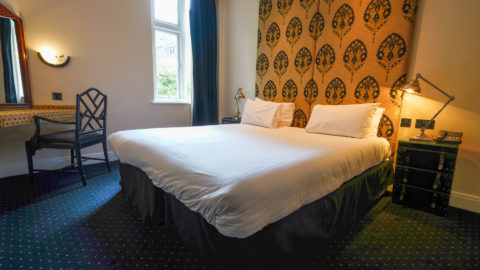 Named after the Myddleton family of Chirk who built the core of the current castle within the ruins of the ancient castle around two centuries ago.