Named after the Myddleton family of Chirk who [following demolition of much of Ruthin Castle by Act of Parliament after its owner, King Charles I was defeated in the Civil War] built the core of the current castle within the ruins of the ancient castle around two centuries ago. This comfortable Suite looks into the wooded area around The Castle moat with private slate character bathroom. The lounge also contains a sofa bed for occasional use. 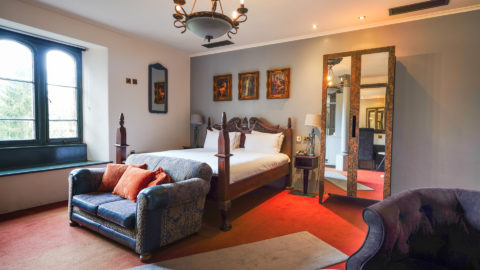 Named after the De Grey family who occupied Ruthin Castle for centuries from the 13th century.